It is getting to be the time of year where the clouds set in as an oppressive weight on the matter. I am realizing if I am to meet the current standards of mental health and what constitutes a natural vitamin D dosage I need to drop everything when the sun comes out and rush to stand in it, wildly baring my arms in order to fully absorb the rays. Maybe it is the year coming to a close, and this being on my wish list for far too long, but for some reason I have been madly making Colby Cheese. This achievement is gargantuan. If I were to read the directions to you I think you would agree. "Stir for one hour at 40 degrees and then lower the temperature and stir for another fifteen minutes." For some reason that particular instruction had me stumped until I rotated the television towards the kitchen and managed to cook dinner at the same time whilst simultaneously tap dancing and patting my head. Okay maybe not the last part. The result has me feeling a little nervous. After processing four liters of milk and weighing it all down with a jar of honey (okay that wasn't in the recipe either) I have a rather small accomplishment for my efforts that at this point tastes a bit like feta. I am kind of hoping the aging process takes me into more exciting gastronomic realms.
Posted by Maryanna's Blog 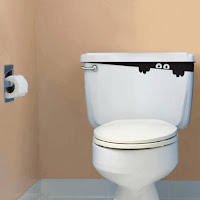 It has been the question in conversation – where were you when President Kennedy was shot? Off the conversation would go to our varying memories of 1964. (It was announced over the school PA and I was walking down the hallway.) Where were you when you found out the news of the 2016 American election? That stunner would also qualify as an outstanding moment in time and I am surmising in the decades ahead we will be having the same conversation. I have taken to drinking hot chocolate laced with ground pepper, cardamom and a hint of chili. Very soothing. Getting cosy as the weather gets colder is a lovely way to tuck into home. I could snorf my chai recipe down by the gallon. Memento: A Coastal Recipe Treasure, the cookbook I have published, was recently reviewed again this fall which was awfully nice.  I always need to look the chai recipe up in the book as I can never remember it. It is soothing and comforting, wonderful when wearing pajamas or especially helpful when having a pajama day.

"It's no use to go back to yesterday
because I was a different person then."
- Alice In Wonderland by CS Lewis

I sat for my tea leaf reading in a Victorian setting. I was at once reassured as I found myself before a twinkly, white-haired, Welsh woman. She seems kindly as she tells me that as a child she used to sit under the tea table and listen to her grandmother and mother do readings. Even better, I think. An array of cups surround her and I was to choose one. It was at once immediately clear. It had little roses on it.

She pours the tea and after a time I drink and turn the cup over for her. There is a shift in energy as she contemplates the cup. She said she saw spots on a vast plane. Puzzled, she corrected herself. “I am being shown a map, these are not spots, these are places,” she murmured. “You travel to lots of places and write about them.” I nod but she is not looking at me. Her eyes are closed. She is somewhere else.

I feel myself being drawn into a dreamscape with  her as the room seems to recede. She picked up the cup and turned the troubles out, the grievances, the heartaches, like so many tiny droplets, seemingly such small matters in a great vastness. Like a giant, friendly, fairy goddess grandmother, the slight wave of her wrist vanquished all troubles into an infinite and benevolent universal sea. She talked on. Her words were spoken in metaphor, of symbols, a landscape of people like puppets moving across an enormous cosmic stage masquerading in varying roles. Slowly the outer garments were revealed as if what lay beneath the mask shown to the outer world was a much unpleasanter vista in a realm where all is known. Without her saying very much directly I knew exactly what she meant. After a time and filled with wonder, I found myself in my seat again, the murmurings of the shop surrounding us as the older woman’s eyes opened. “You have chosen the tea cup of happiness my dear,” she said. I laughed with delight. This is very, very, good. But then I already knew that.
Posted by Maryanna's Blog
Newer Posts Older Posts Home
Subscribe to: Posts (Atom)